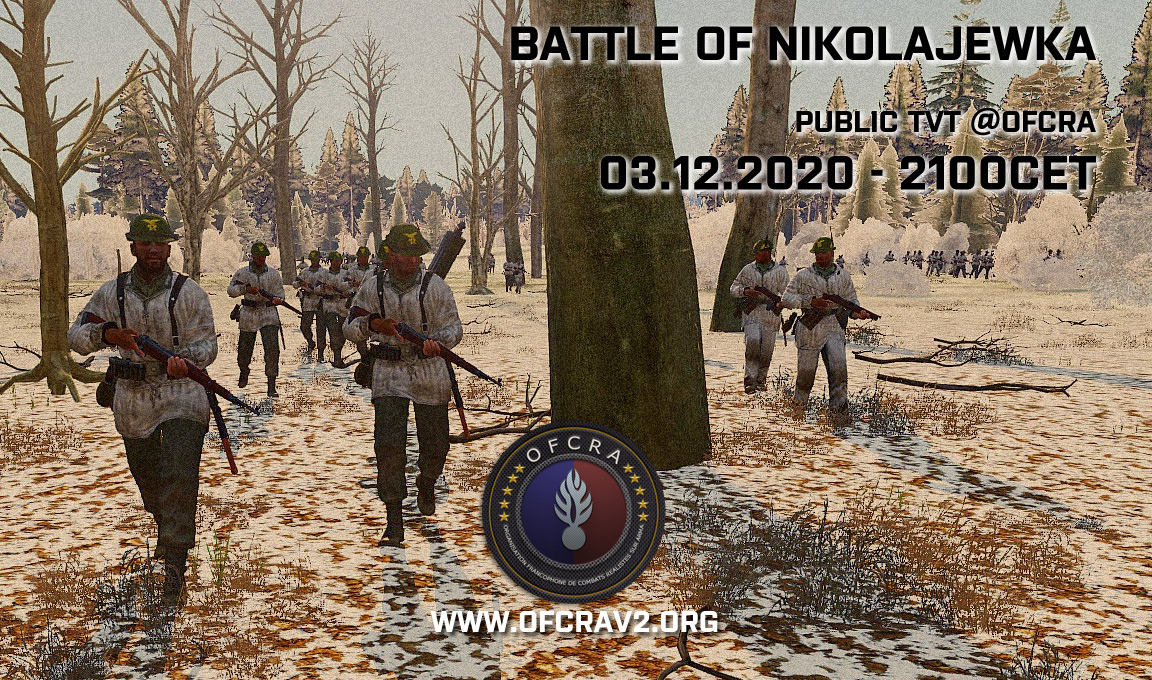 There is not a single Italian surname that wasn't left lying in the snow in the disastrous winter 1943 retreat.

The Italian Army in Russia (ARMIR) was an under equipped and poorly led army composed by close to a quarter of a million men sent by mussolini as a last ditch attempt to affirm Italy as an "equal partner" to Germany in the Axis, after the failures of the invasion of France over the alps, the East Africa campaign, the Greek campaign and the undecisive 1st battle of El Alamein, stopping the Afrikacorps dead on their tracks.

As part of the northern defence of the Stalingrad salient along the Don river, together with the Romanian and Hungarian armies, the ARMIR was smashed by Russian forces in operation Little Saturn with the objective of further solidifying the encirlement of the German 6th army in Stalingrad.

After holding their front, the three Alpini divisions along the river were encircled. The Julia and the Cuneense divisions were destroyed during the retreat, while only parts of the Tridentina made it to further German defenses, but were unable to continue the fighting, marking the dissolution of the entire army group. In total only 15.000 alpini made it back, out of the ~65.000 deployed on the Don. 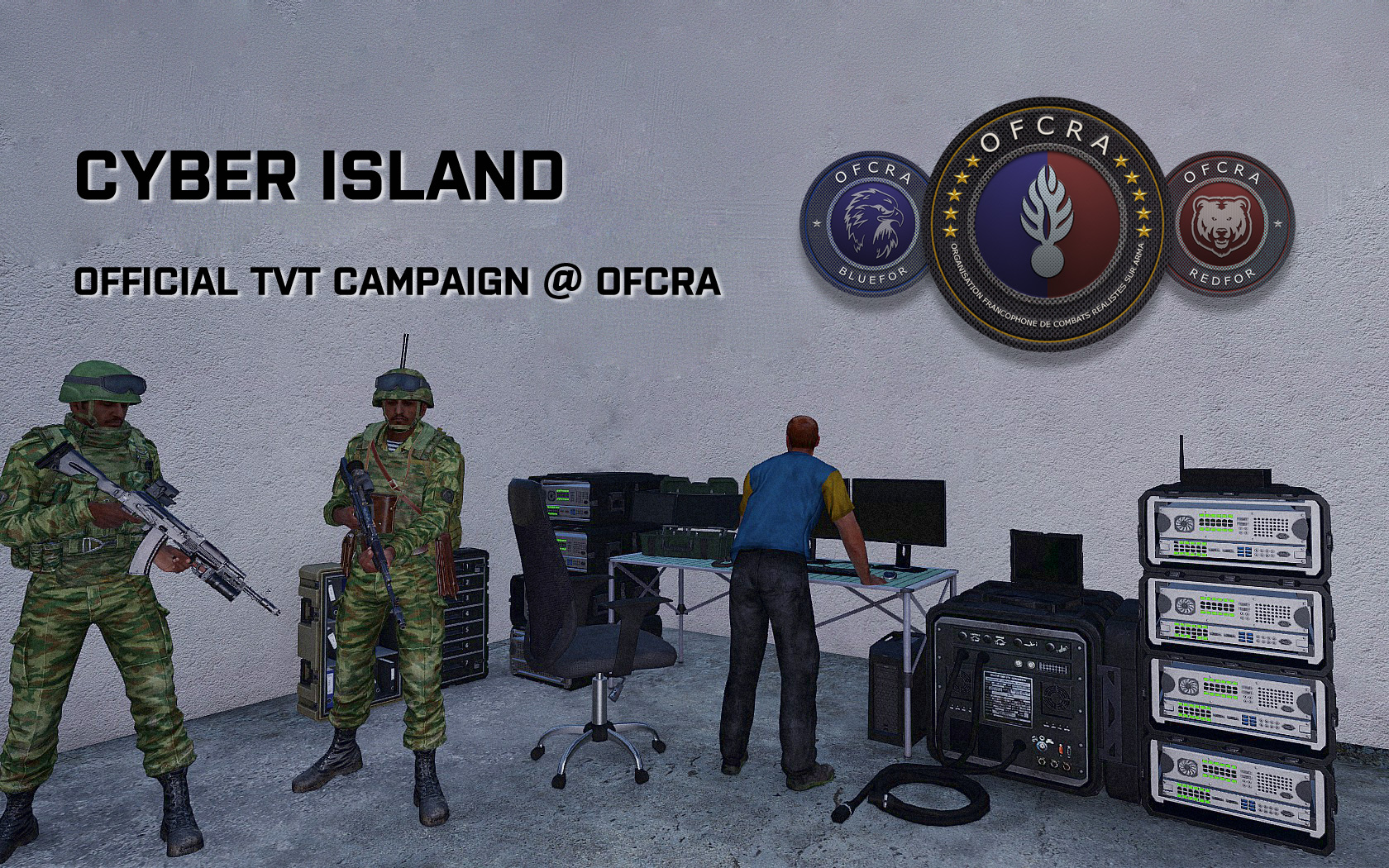 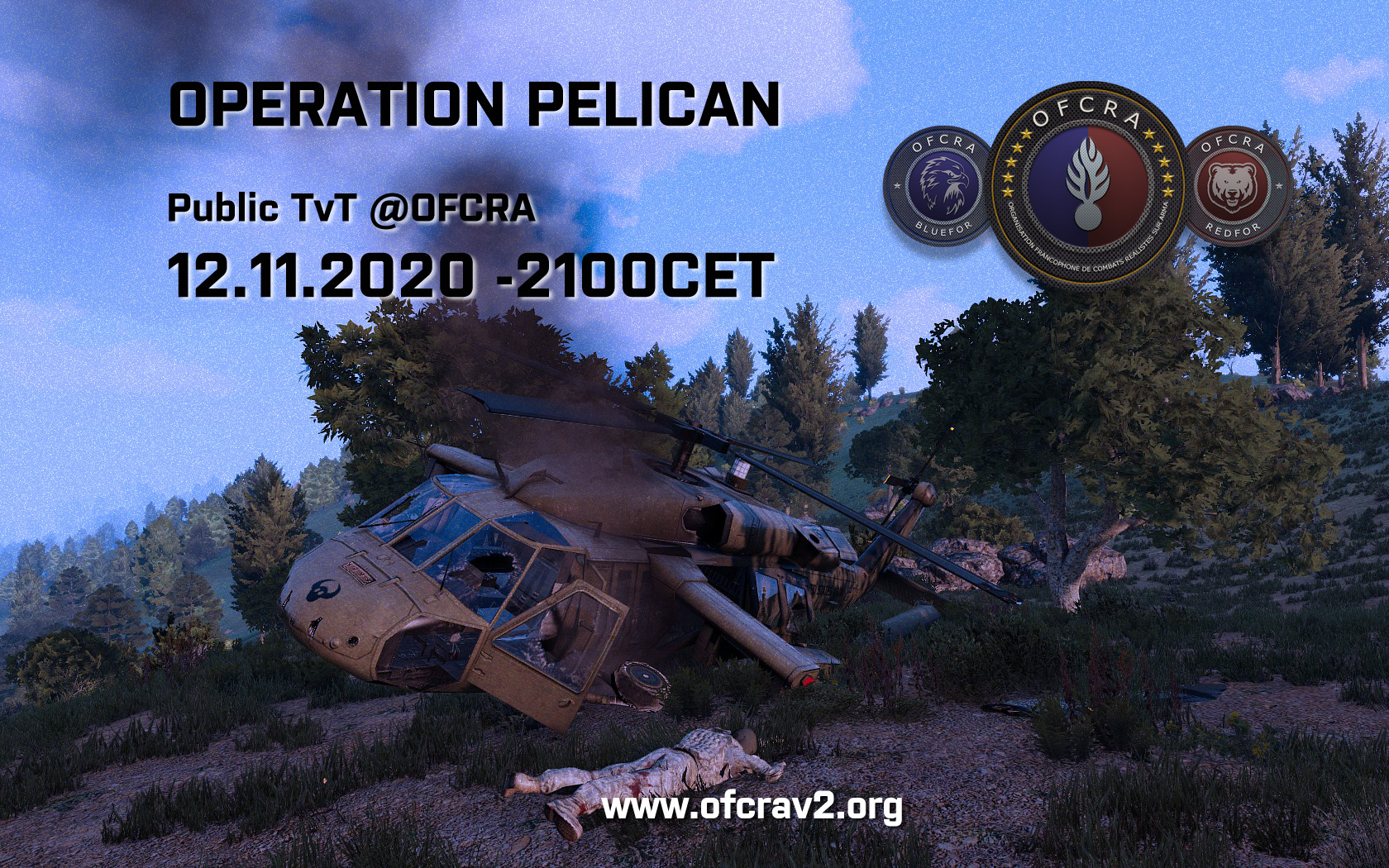 October 21, 2015 - Al Rayak province
For unexplained reasons, a US ARMY helicopter crashed in the mountains near Al Quisa. In view of the sensitivity of the documents involving several private actors in this region highly coveted for its natural resources, a recovery operation was carried out by both Soviet and US forces stationed in the region.
In addition, a forward base recently abandoned by the local forces in the Bakhdia region is of great interest to both factions because of its strategic location.

1944, germany is on the retreat. As they fall back, they try holding on onto every inch of land for the endsieg. Here, they will fight against the soviets for some fortifications built in 1940 before barbarossa. On the airport (used also as a wreck depot), a single aircraft survived the bombing preceding the offensive and is currently being prepared for flight. 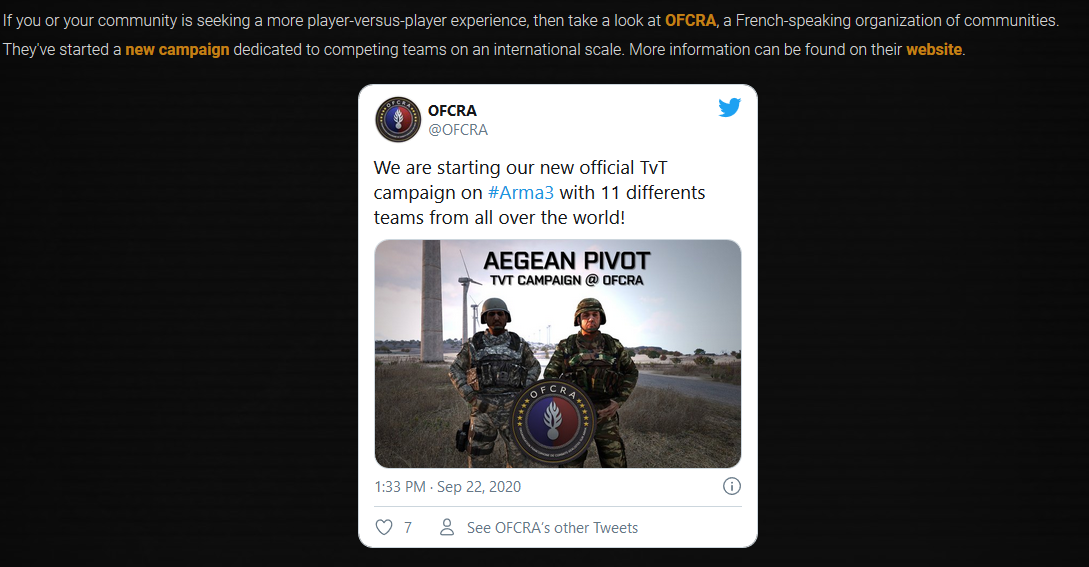 We were privileged this week to be featured in ARMA3's community newsletter!

Thanks to you, loyal members, clans, friends and regular players, we can continue to offer you original and quality content every week!